> Oculus co-founder steps into anti-drone tech with The Interceptor - pirateswithoutborders.com

Oculus co-founder steps into anti-drone tech with The Interceptor 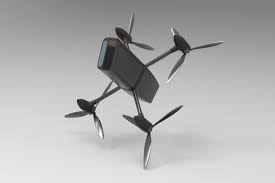 But in the eyes of Oculus co-founder Palmer Luckey, the situation calls for a more heavy-handed approach. His company Anduril is instead focused on aircraft that take them out of action by literally smashing into them.

Anduril considers itself a defense technology company first and foremost, having previously developed surveillance tech for the US-Mexico border. At the heart of its current approach is its Lattice AI, which is software that can be built into different devices, like surveillance towers, camera systems or drones, to enable them to detect and respond to threats.

This could feature as the software for third-party hardware, one of the company's Sentry Towers or one of its large single-rotor patrol drones called Ghost UAS. It also powers the newly revealed Interceptor drone, which is built to identify other drones that pose a threat and simply knock them out of the air.