> Habits of the Heart and Character of Mind - pirateswithoutborders.com

Habits of the Heart and Character of Mind 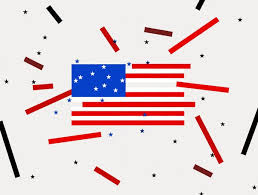 Voting for them is voting for what America has been, is, or should be all about. But what are "American values"?

After the famous Frenchman Alexis de Tocqueville (1805–1859) visited the young United States in the 1830s, he wrote what is still considered one of the great classics of political philosophy, Democracy in America (1836; 1840). He said that what stood out most about the Americans was their "habits of the heart" and their "character of mind."

The quality of the people amazed him, with their belief in personal freedom, self-responsibility, a strong spirit of enterprise, and an attitude that social problems were not the concern of government, but could and should be effectively handled through voluntary association and local community effort.

Here were a people — blended together from many different lands — who refused to bow before kings, who believed in their capacity to be self-governing individuals over their own lives, and who considered the role of government to be a protector of their liberty, not the controller of their destinies.