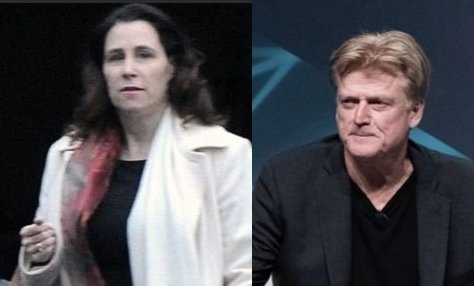 Former Overstock.com CEO Patrick Byrne was a major player in the effort to investigate the 2020 election irregularities and fraud. He offered his considerable resources to the Trump team. He analyzed tons of data. He told everyone that the voting data didn't make sense. Unlike in 2016, today just months after the election we are not allowed to question the "results" or irregularities. The Deep State and its media allies won't let us. Patrick Byrne questions the "results" ?" now the Deep State is attacking Patrick Byrne. And guess who is running the SEC? Mrs Peter Strzok! The U.S. Securities and Exchange Commission (SEC) announced in January that Melissa Hodgman, the wife of disgraced former FBI agent Peter Strzok, was appointed to head the agency's Division of Enforcement as its acting director. Patrick Byrne was CEO of Overstock.com until August 2019. That means he's likely the focus of investigators. Is this payback?