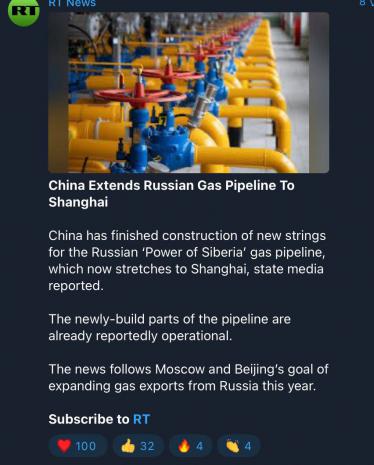 The section will allow gas to be transported from Russia to China's eastern economic powerhouse Shanghai, according to the report.

The 5,111 km cross-border pipeline reportedly enters China via the border city of Heihe in northeastern Heilongjiang Province, and runs through nine provincial regions, supplying natural gas to areas along the route, including Beijing, Shanghai, and Tianjin.