> In China, 'Social Credit' System Forces Citizens Into Submission To The State - pirateswithoutborders.com

In China, 'Social Credit' System Forces Citizens Into Submission To The State 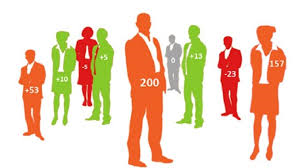 This is as effective as Tiananmen Square slaughter, but was implemented slowly so people never had a clue what was happening to them. Now, they are trapped, shunned, penalized and in some cases, destitute.  ? TN Editor

The terrifying initiative, which has been rolled out through pilot scheme, bans low-rated people from buying plane tickets and sending their kids to private s

China's  'social credit' system blacklists "lazy" citizens who get into debt or spend their time playing video games in a creepy initiative that could have come straight out of Black Mirror.