> How Much Did CIA And NSA Have To Do With The Founding Of Google? - pirateswithoutborders.com

Donald Trump calls for extradition of ex-MI6 agent Christopher Steele who was behind...

How Much Did CIA And NSA Have To Do With The Founding Of Google? 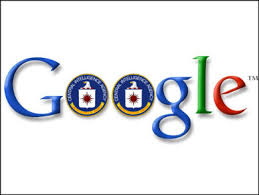 Two decades ago, the US intelligence community worked closely with Silicon Valley in an effort to track citizens in cyberspace. And Google is at the heart of that origin story. Some of the research that led to Google's ambitious creation was funded and coordinated by a research group established by the intelligence community to find ways to track individuals and groups online.

The intelligence community hoped that the nation's leading computer scientists could take non-classified information and user data, combine it with what would become known as the internet, and begin to create for-profit, commercial enterprises to suit the needs of both the intelligence community and the public. They hoped to direct the supercomputing revolution from the start in order to make sense of what millions of human beings did inside this digital information network. That collaboration has made a comprehensive public-private mass surveillance state possible today.

The story of the deliberate creation of the modern mass-surveillance state includes elements of Google's surprising, and largely unknown, origin. It is a somewhat different creation story than the one the public has heard, and explains what Google cofounders Sergey Brin and Larry Page set out to build, and why.