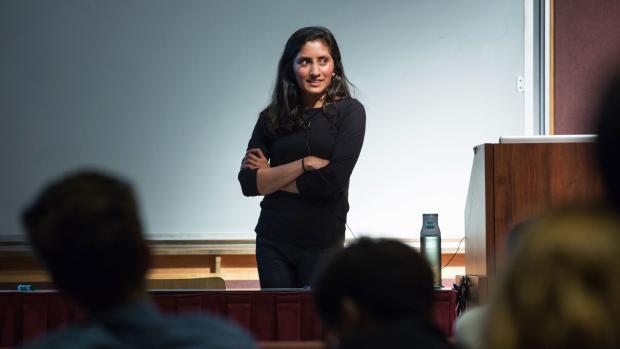 In the spring of 2017, Urmila Mahadev found herself in what most graduate students would consider a pretty sweet position. She had just solved a major problem in quantum computation, the study of computers that derive their power from the strange laws of quantum physics. Combined with her earlier papers, Mahadev's new result, on what is called blind computation, made it "clear she was a rising star," said Scott Aaronson, a computer scientist at the University of Texas, Austin.

Mahadev, who was 28 at the time, was already in her seventh year of graduate school at the University of California, Berkeley — long past the stage when most students become impatient to graduate. Now, finally, she had the makings of a "very beautiful Ph.D. dissertation," said Umesh Vazirani, her doctoral adviser at Berkeley.