> Meet the Anarchists Making Their Own Medicine - pirateswithoutborders.com 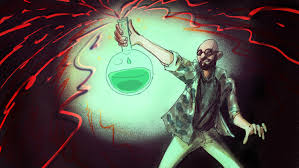 The first time I encountered Michael Laufer, he was throwing thousands of dollars worth of homemade medicine into a packed audience at Hackers on Planet Earth (HOPE), a biennial conference in New York City.

"Does anyone here suffer from anaphylactic shock and not have access to epinephrine?" Laufer asked the audience. A few hands went up and Laufer stuffed a homemade EpiPen into one of them. "That's one of the original ones we made," he said. "Use it well."

After a few minutes of gloating about pharma bro Martin Shkreli "rotting at Fort Dix" for raising the price of Daraprim, a lifesaving HIV medicine, from $13 to $750, Laufer grew serious. "It's been two years, but despite everything that's happened, the price of Daraprim hasn't changed," he said. He reached into his pocket and produced a handful of white pills. "I guess I better hand out some more," Laufer said as he tossed the Daraprim into the audience.

With a shaved head, dark beard, and an ever-present camo jacket, Laufer doesn't look like the type of person you'd seek out for medical advice—but that's exactly his point. As the founding member of Four Thieves Vinegar, a volunteer network of anarchists and hackers developing DIY medical technologies, Laufer has spent the last decade working to liberate life-saving pharmaceuticals from the massive corporations that own them. Laufer has no formal training in medicine and he'll be the first to tell you he's not a doctor. In fact, from a regulatory standpoint he's more qualified to do mathematical work on nuclear weapons than treat patients. But Laufer's never really been the type to let rules and regulations stand in his way.

I met Laufer at a bar across the street from HOPE after he finished his talk on DIY medicine. He was meeting with his Four Thieves collaborators who had flown in from all over the country to attend the conference and unveil the new medical technologies under development by the collective. Laufer kicked off the celebration with a toast.

"A toast to the dead, for children with cancer and AIDS," Laufer said, raising a glass of bourbon and quoting the hip hop artist Felipe Andres Coronel, better known as Immortal Technique. "A cure exists, and you probably could have been saved."

In the last decade, Four Thieves has run afoul of the Food and Drug Administration, billionaire pharma executives, doctors, and chemists at some of the United States' most prestigious universities. Indeed, Laufer and his collaborators can't stop pissing off powerful people because Four Thieves is living proof that effective medicines can be developed on a budget outside of institutional channels.

At the pharmacy, a pair of single use Mylan epipens can cost over $600 and the company's generic version costs $300 per pair, but an ongoing shortage means you probably can't find them, even if you can afford them. In response, Four Thieves published the instructions for a DIY epipen online that can be made for $30 in off-the-shelf parts and reloaded for $3. Shkreli drove the price of the lifesaving HIV medicine Daraprim sells up to $750 per pill. So Four Thieves developed an open source portable chemistry lab that allows anyone to manufacture their own Daraprim for just 25 cents apiece.

The pharmaceutical industry is valued at $446 billion in the US and its walls are tightly policed by regulatory agencies like the FDA and Drug Enforcement Administration. By freely distributing plans for medical devices and pharmaceuticals, a loose collective of anarchists and hackers is threatening to pull the rug out from under one of the most regulated and profitable industries in the world. And they're just getting started.