> China's Chang'e-4 probe sprouts the first ever seeds on the Moon - pirateswithoutborders.com 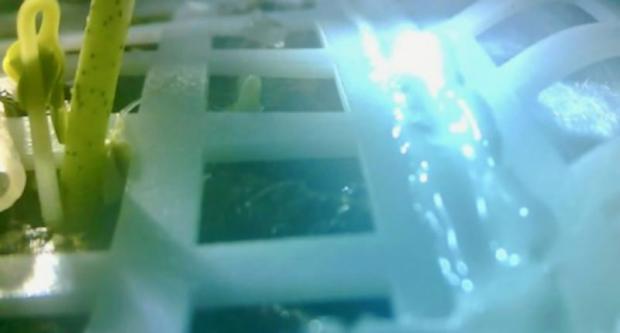 It says a sealed container carried aboard the lander has given rise to the first ever seedlings to sprout on the Moon, marking tiny but important progress in its plans to establish a lunar base by 2022.

The Chang'e-4 mission's science objectives are varied, including conducting pioneering radio astronomy from the Moon's far side, scouting its uncharted areas for signs of water and uncovering ancient secrets about how the satellite was formed.

Also packed aboard the Chang'e-4 spacecraft before it was fired into space on December 8 was a capsule prepared by scientists at Chongqing University containing an important biological growth experiment. Through it, the researchers hope to learn more about how plants develop in the low gravity, high radiation and wildly fluctuating temperatures of the lunar environment.

To investigate this, the team packed seedlings for cotton, potato, rapeseed, and thale cress plants, along with yeast and fruit fly eggs. It was hoped that the fruit flies and yeast, as consumers and decomposers, could consume oxygen and produce carbon dioxide, which the plants could then use for photosynthesis to create a miniature biosphere inside a sealed container on the Moon.