> MIT tech could let desalination plants use their own brine waste - pirateswithoutborders.com

Trump Regime to Delist Chinese Firms from US Stock Exchanges

MIT tech could let desalination plants use their own brine waste 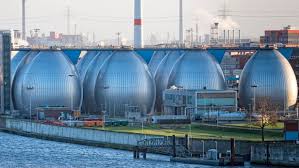 Developed by a research team at MIT, the proprietary system incorporates what are described as "well-known and standard chemical processes." These include a nanofiltration process to initially remove unwanted compounds from the brine, followed by one or more stages of electrodialysis. As a result, the brine is converted into useful chemicals such as sodium hydroxide.

More commonly known as caustic soda, sodium hydroxide is often utilized to change the acidity of seawater entering desalination plants, which in turn helps to prevent fouling of the filtration membranes that are used to remove the salt. Ordinarily, plant operators have to buy the chemical. With the MIT system, though, they would be able to produce even more than they need, on-site. The excess could then be sold for use in other applications.

Other chemicals that could be produced from the brine include hydrochloric acid, sales of which would likewise be a source of revenue. And as an added bonus, the scientists suggest that plants could save money by no longer needing to pump their brine out into the ocean.