> Cheap 2D Material Can Cleanse 99.9999% of Bacteria From Water in 30 Minutes Simply by Using the Sun - pirateswithoutborders.com

Cheap 2D Material Can Cleanse 99.9999% of Bacteria From Water in 30 Minutes Simply by Using the Sun 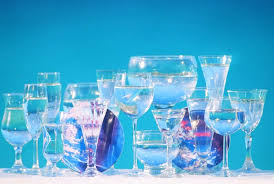 This latest scientific breakthrough from China could bring cheap, clean drinking water to people around the world.

Earlier this month, scientists from Yangzhou University developed a water system that used sunlight and 2D materials to purify water of 99.9999% of bacteria – including E. coli.

According to their tests, their eco-friendly system was able to purify enough daily drinking water for four people in just under 30 minutes.

The inexpensive system works by using sheets of graphitic carbon nitride as a photocatalyst inside of a water container. When the sheets are exposed to direct sunlight, they release electrons that bond with the oxygen in the water and create compounds that purge the water of bacteria.

There are modern purification systems that use similar chemical processes for destroying bacteria, but they use photocatalysts that leave behind harmful chemical pollutants as a byproduct. These systems usually also take over an hour to purify the same 10-liter bag of water as the system from Yangzhou University.

The university researchers recently published their findings in the journal Chem.

"Its first-order disinfection rate was five times higher than that of previously reported best metal-free photocatalysts with only one tenth catalyst consumption," said the paper's co-author Wang Chengyin.

The researchers are now working to implement their system into portable drinking containers so they can start being deployed to at-risk areas around the world.