> Not-So-Superfood? Pesticide Residue Found In 70% Of US Produce & 92% Of Kale - pirateswithoutborders.com

Not-So-Superfood? Pesticide Residue Found In 70% Of US Produce & 92% Of Kale 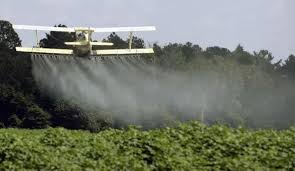 According to data from the US Department of Agriculture and analyzed by the Environmental Working Group, strawberries, spinach and kale have the heaviest pesticide presence, while sweetcorn, avocados and pineapples had the lowest presence.

In news likely to send anxiety attacks across vegan circles, more than 92% of kale that was tested had two or more pesticide residues in it. A sample of any conventionally farmed kale could contain "up to 18 different pesticides", according to the report.

Dacthal was the most common pesticide found. It was detected in about 60% of kale samples and is banned in Europe and classified as a possible carcinogen in the U.S.

Alexis Temkin, a toxicologist working with the EWG, said:

"We definitely acknowledge and support that everybody should be eating healthy fruits and vegetables as part of their diet regardless of if they're conventional or organic. But what we try to highlight with the Shopper's Guide to Produce is building on a body of evidence that shows mixtures of pesticides can have adverse effects."