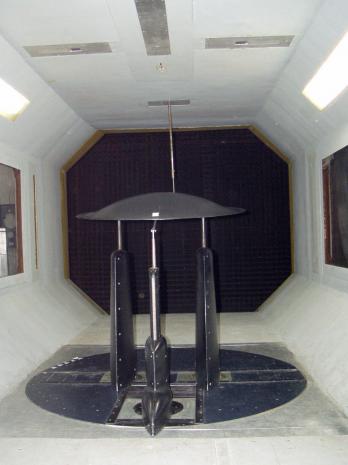 ADIFO, or the All-DIrectional Flying Object, is a flying machine designed "to change the actual paradigm of flight," according to engineer and inventor Razvan Sabie. Sabie worked with accomplished aerodynamicist Iosif Taposu (Senior Scientist at Romania's National Institute for Aerospatial Research, and former Head of Theoretical Aerodynamics at the National Aviation Institute) to develop the concept, and has built a working prototype with a 1.2-meter (3.9-ft) diameter for testing.

Simply put, ADIFO is a disc-shaped aircraft whose entire surface is a wing. Specifically, it's shaped to mimic the back half of a dolphin airfoil, radiating out in all directions from the center. The outer edge tapers to a thin ring, making it extremely slippery in horizontal flight.