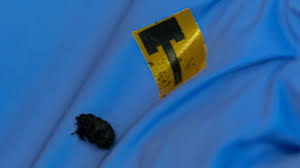 The new antennas could be suitable for 5G networks but also for aircraft, especially unmanned aerial vehicles, for which weight is a consideration; as wireless telemetry portals for downhole oil and gas exploration; and for future "internet of things" applications.

The Rice lab of chemical and biomolecular engineer Matteo Pasquali tested antennas made of "shear-aligned" nanotube films. The researchers discovered that not only were the conductive films able to match the performance of commonly used copper films, they could also be made thinner to better handle higher frequencies.

At the target frequencies of 5, 10 and 14 gigahertz, the antennas easily held their own with their metal counterparts, he said. "We were going up to frequencies that aren't even used in Wi-Fi and Bluetooth networks today, but will be used in the upcoming 5G generation of antennas," he said.

recent improvements in fluid phase CNT processing have yielded macroscopic CNT materials with better alignment and conductivity that can match copper. Early work on carbon nanotube (CNT) antennas indicated that their performance could not match that of metals such as copper. There is currently a gap in the literature on CNT antennas for direct experimental measurements of radiation efficiency. In this study, we conducted radiation efficiency measurements of microstrip patch antennas made of shear-aligned CNT films.