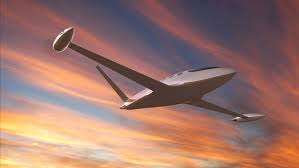 A trip from London to Paris would leave you with battery to spare, as would flying from Paris to Barcelona. After a battery swap in the Catalonian capital, you could make it to Lisbon in Portugal, or even Florence in Italy if the mood strikes. This kind of emission-free air travel might sound like an environmentalist's pipe dream, but these distances, if not the destinations, are firmly in the sights of electric aircraft builders gearing up for test flights in the next few years.

Electric propulsion raises all kinds of possibilities for air travel, from hybrid planes that can improve the efficiency of existing routes to flying taxis that forge entirely new ones. But in what some consider a sweet spot for aviation are a new breed of electric planes powered by batteries alone, which could begin to cover the kinds of distances laid out above some time in the coming decade.

Among all the big names and shiny airframes of last month's Paris Air Show, there was a small prototype plane generating some big attention. Built by Israeli startup Eviation, this nine-seat electric aircraft goes by the name of Alice, and is built for what its creators call middle-mile aviation.