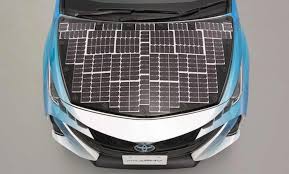 Toyota has begun testing a new Prius model that uses ultra-thin solar panels to eliminate the risk of a car running out of juice on the road.

The company announced earlier this week that they plan to commence public road trials from late July 2019.

The trials, which will be conducted in collaboration with the New Energy and Industrial Technology Development Organization (NEDO) and electronics corporation Sharp, aim to assess the effectiveness of improvements in cruising range and fuel efficiency of electrified vehicles equipped with high-efficiency solar batteries.

To facilitate the execution of this trial, Sharp modularized its high-efficiency solar battery cells (with conversion efficiency of 34%), previously developed for a NEDO-led project, to create an onboard solar battery panel.

The solar battery cell is a thin film about 0.03 mm in thickness, which makes it possible to efficiently install to fit the curves of vehicle parts with limited space.

Toyota then installed this panel on the roof, hood, rear hatch door, and other parts of its "Prius PHV" and produced a demo car for public road trials. By enhancing the solar battery panel's efficiency and expanding its onboard area, Toyota was able to achieve a rated power generation output of around 860W, which is approximately 4.8-times higher in comparison with the commercial model Prius PHV (equipped with a solar-charging system). 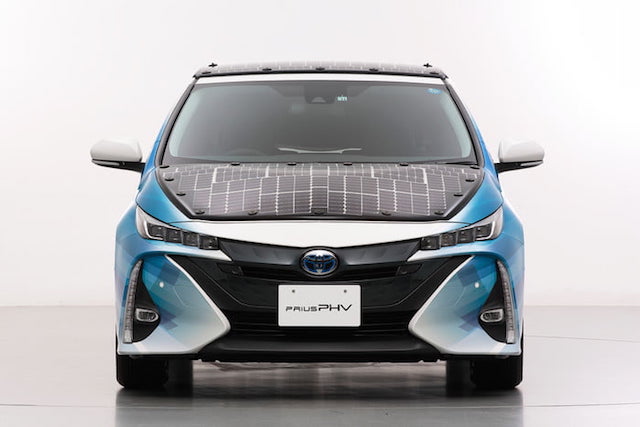