> No More 'Sniff Tests': Cheap Biodegradable Sensors Can Tell Smartphones When Food Has Gone B - pirateswithoutborders.com

No More 'Sniff Tests': Cheap Biodegradable Sensors Can Tell Smartphones When Food Has Gone B 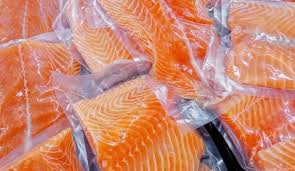 One in three UK consumers throw away food solely because it reaches the "use-by" date, but 60% (4.2 million tonnes) of the £12.5 billion-worth of food we throw away each year is safe to eat.

The laboratory prototype sensors cost two US cents each to make. Known as "paper-based electrical gas sensors" (PEGS), they detect spoilage gases like ammonia and trimethylamine in meat and fish products.

The sensor data can be read by smartphones, so that people can simply hold their phone up to the packaging to see whether the food is safe to eat.

The Imperial College London researchers who developed PEGS crafted the sensors by printing carbon electrodes onto readily available cellulose paper. The biodegradable materials are eco-friendly and nontoxic, so they don't harm the environment and are safe to use in food packaging. The sensors are then combined with "near field communication (NFC)" tags—a series of microchips that can be read by nearby mobile devices.

During laboratory testing on packaged fish and chicken, PEGS picked up trace amounts of spoilage gases quickly and more accurately than existing sensors, at a fraction of their price.

The researchers, whose findings were published in ACS Sensors, say the sensors could also eventually replace the "use-by" date—a less reliable indicator of freshness and edibility. Lower costs for retailers may also eventually lower the cost of food for consumers.