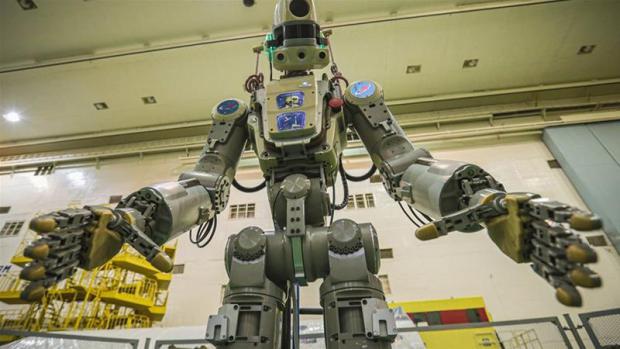 The Russian Soyuz space capsule carrying the human-like robot Fedor has docked with the International Space Station (ISS), days after the first attempt to dock with the ISS failed.

Fedor, which stands for Final Experimental Demonstration Object Research, is the first humanoid robot sent into space by Russia, and it will learn from and assist with small tasks performed by the astronauts.

It will only remain on the ISS for 10 days, coming back to Earth on September 7.

The robot is the size of a human adult and can emulate movements of the human body using its robotic hands, which have fingers that can hold equipment such as screwdrivers and fire extinguishers.

On the official Fedor Twitter account, its handlers jokingly wrote "sorry for the delay, I was stuck in traffic" after the Soyuz capsule attached to the space station.