> The Silicon Valley Heavyweights Who Want to Settle the Moon - pirateswithoutborders.com

The Silicon Valley Heavyweights Who Want to Settle the Moon 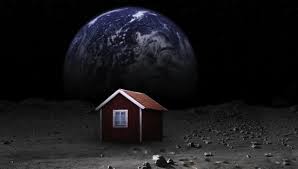 The moon is all the rage these days. China wants to send people there. So too does the United States and NASA. In fact, just about every country with a space program has some sort of lunar ambition that they hope will play out over the next few years.

Now, there's a new entrant in this new space race, a nonprofit organization called the Open Lunar Foundation. Based in San Francisco, it's a group made up of tech executives and engineers—many of them with former ties to NASA—who have serious ambitions to create a lunar settlement.

The driving ethos behind the foundation is to start a development that would not be beholden to a particular country or billionaire. Instead, as the group's name suggests, Open Lunar wants to create technology for exploring and living on the moon as a type of collaborative effort.

"Our highest ambition is catalyzing and enabling a peaceful and cooperative lunar settlement," said Chelsea Robinson, the chief of operations and staff for Open Lunar.