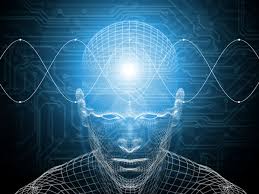 Brain-to-computer interfaces are coming. Maybe in five years, maybe in 20, but they're inevitable as Christmas.

And when they arrive, they will change our society forever.

Technology to connect our brains directly to the internet already exists in various labs around the world, and the first primitive steps towards full connection between humanity and electronics are already in use.

In 2012, US TV show 60 Minutes showed a paralysed woman named Jan Scheuermann feeding herself a bar of chocolate using a robotic arm controlled by her brain.

That same brain sensor was shown to be just as capable of controlling an F-35 stealth fighter.

Professor Chris Toumazou, Regius Professor of Engineering, Chair in Biomedical Circuit Design at Imperial University, says it's impossible to guess what the applications of brain-to-computer interfaces might be.