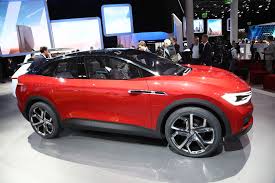 Volkswagen has been touting its upcoming lineup of EVs for years. It claims it can build compelling EVs — even better in every way than those that Tesla produces — in mass-market volume at affordable prices. But when? And, how affordable?

We still don't have those answers for sure, and we can tell you that the automaker's first new EV is not even being released on our shores. However, eventually, the U.S. will get a compact SUV based on the Crozz concept. It won't be called the Crozz at launch, but perhaps the ID.4x.

According to a recent article by Green Car Reports, Volkswagen of America CEO Scott Keogh suggested that the company's goal is "apple to apples" when it comes to upcoming U.S. EV pricing as compared to current gas-powered models.

However, Keogh's wording was more than a bit confusing. You'll notice that he starts a sentence with "when."