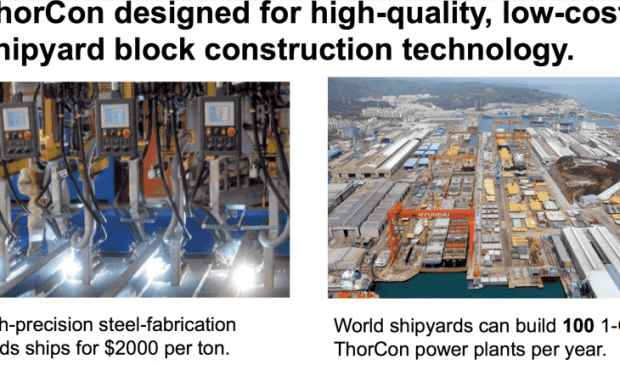 ThorCon International is a nuclear engineering company that has expressed interest in developing and building its TMSR500 in Indonesia with an investment of approximately US$1.2 billion.

P3Tek is an agency of the Indonesia Ministry of Energy and Mineral Resources. It is the R&D center for electricity technology, new and renewable energy, and energy conservation.

Safety. Many experts have concluded that theoretically, the ThorCon MSR technology has a high level of safety with a passive safety system and simple structure operating at low pressure. It is also cost-effective and produces clean electricity. ThorCon MSR technology can be built in the near future, said nuclear experts Elsheikh from the Egyptian Nuclear Energy Supervisory Agency; Lumbaraja & Liun, senior researchers of BATAN; and Staffan Qvist, one of IAEA's experts from Sweden. Qvist, BATAN and BAPETEN concluded a TMSR500 would respond quickly and safely even in accident scenarios worse than Fukushima.