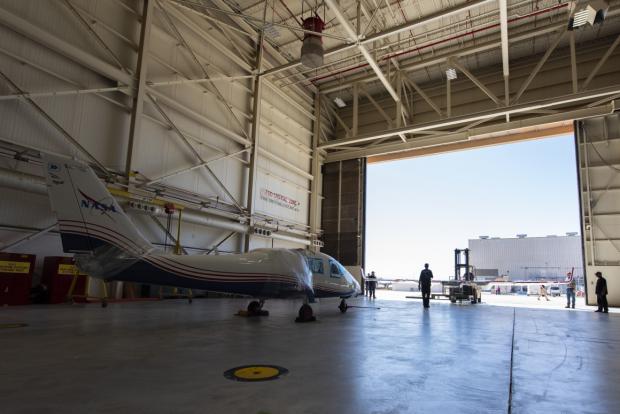 The first of three configurations of the X-57 Maxwell was delivered by Empirical Systems Aerospace (ESAero) to the space agency's Armstrong Flight Research Center in Edwards, California, on October 2. Known as Mod II, the aircraft will be used for ground testing of the cruise electric propulsion system.

The first manned X-plane to be built in two decades and NASA's first all-electric experimental aircraft, the X-57 is based on the four-seater Tecnam P2006T conventional light aircraft, but with its twin Rotax 912S3 four-cylinder piston engines replaced by 18 electric cruise motor nacelles with individual propellers.

The delivery marks the beginning of Phase 2 of the X-57 project, the first being a truck-mounted test of a modified high-aspect-ratio wing and motors. Mod II will be followed by the Mod III and Mod IV phases, which will undergo tests using the new wing.

When fully developed, the X-57 is expected to be 500 percent more efficient in high-speed cruising, produce no in-flight carbon dioxide emissions and be much quieter than most conventional aircraft.