> They Are Telling Us That The Next Recession "Won't Be As Bad As 2008". They Are Wrong. - pirateswithoutborders.com

They Are Telling Us That The Next Recession "Won't Be As Bad As 2008". They Are Wrong. 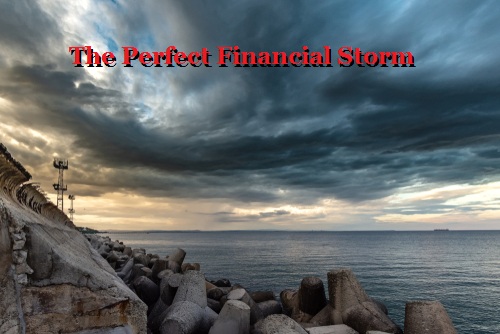 Are we really supposed to believe them?  As the next recession rapidly approaches, the mainstream media is assuring us that there isn't really that much to be concerned about.  In fact, as you will see below, CNN is assuring us that "the next one won't be as bad as 2008".  But how do they know?  After all, we didn't have a president that was in danger of being impeached in 2008.  As this impeachment process moves forward, the mood of this nation is going to become increasingly sour.  Over in Europe, they are dealing with endless Brexit drama, and over in China the Hong Kong protests have created instability unlike anything we have seen in the modern history of that country.  Meanwhile, the Middle East has become an endless source of "wars and rumors of wars".  At some point missiles will start flying back and forth and a major war will erupt over there, and that will immediately throw the entire global economy into chaos.  On top of everything else, our planet is shaking like a leaf, global weather patterns are becoming increasingly unstable and crops are failing all over the world.  The truth is that the environment that the global economy operates within is far more unstable today than it was back in 2008, and it wouldn't take much at all to push us into a complete and utter economic nightmare.

But if you listen to the mainstream media, you would be tempted to assume that everything is going to be just fine.

In fact, CNN just published an article entitled "Not all recessions are a crisis, and the next one won't be as bad as 2008"…

Recession fears are on the rise in the United States. Memories of the last downturn are exacerbating these worries: The last time America faced a recession was in 2008, as the financial crisis was unfolding. Millions of people lost their jobs, GDP growth plummeted and businesses shut down.

But not all recessions are like that. Sometimes the economy can grow all the way through a recession. In fact, some economists believe the world is in a recession now and most people don't even realize it.

Wouldn't it be great if we could go all the way through the next recession without even realizing it?

I would love that.

Perhaps they should invent a way for us to eat Brussels sprouts without realizing it as well.

According to CNN, it is likely that we are headed for a "growth recession" rather than a recession in which we would have "millions of lost jobs like the last recession"…

For the United States, a global growth recession will probably mean sluggish growth, rather than millions of lost jobs like the last recession 10 years ago did. A growth recession would be nothing like 2008, when America entered a so-called technical recession: at least two consecutive quarters of a shrinking economy. The US economy is far away from that.

They can be optimistic if they want, but the thing about sticking your head in the sand is that your rear end is still exposed.