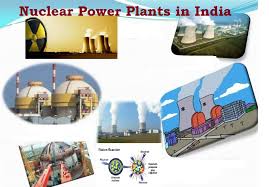 Kamlesh said 17 nuclear power reactors are planned in addition to those already under construction.

Vyas noted the overall contribution of India's 22 operating reactors to the country's electrical grid is relatively small, at about 3%. This, he said, is due to the smaller capacity indigenously designed reactors built initially to gain experience in nuclear technology.

The Indian government is committed to growing its nuclear power capacity as part of its infrastructure development programme, and has seven units currently under construction. These are: four indigenously designed pressurised heavy water reactors (PWRs), two each at Kakrapar and Rajasthan; two Russian-designed VVER PWRs at Kudankulam; and an indigenously designed prototype fast breeder reactor at Kalpakkam.