> Why Does Inflammation Seem to Underlie All Sickness? - pirateswithoutborders.com 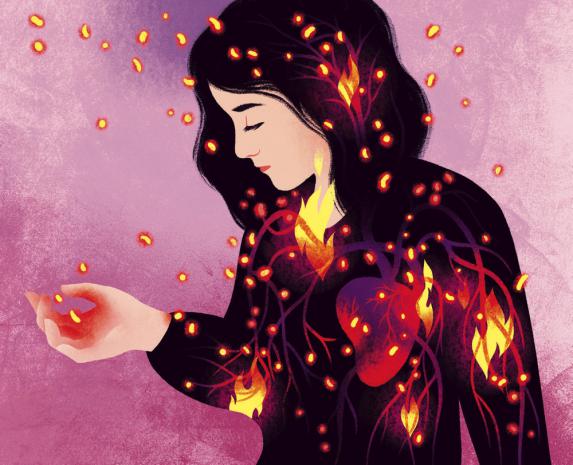 Writing in 1889, the Swiss pathologist Ernst Ziegler observed that "a brief and precise definition of inflammation is altogether impossible." Even back then, experts like Ziegler recognized that inflammation manifests in different ways, and that its activity can be both helpful and harmful.

Doctors today have a better understanding of inflammation and its role in illness. But their best attempts to define inflammation still lack the precision Ziegler found elusive more than a century ago.

According to the authors of a 2015 British Journal of Nutrition (BJN) study, inflammation is the immune system's primary weapon in the "elimination of toxic agents and the repair of damaged tissues." But when inflammation persists or switches on inappropriately, they write, it can act as a foe rather than a friend. Hardly a week goes by in which researchers fail to discover new links between inappropriate inflammation and a common disease or disorder.

Just last week, the Proceedings of the National Academy of Sciences published a study that found the brains of children with autism spectrum disorder contain an overabundance of inflammation-stimulating proteins. The presence of these proteins suggests a novel "connection" between inflammation and ASD, the authors of that study write. And it seems like, wherever doctors look, they find these sorts of connections. From Alzheimer's and heart disease, to arthritis, cancer, and gastrointestinal disorders, elevated or out-of-whack inflammation is a common thread that ties together these seemingly unrelated ailments. Likewise, research has linked overabundant inflammation to mental health conditions, including depression and bipolar disorder.

To understand how and why inflammation seems to underlie such disparate forms of human conditions, it's important to recognize that the term "inflammation" refers to a vast array of biological processes. "Inflammation is a broad term for many different types of immune-related responses," says Dr. Jason Ken Hou, an associate professor and director of inflammatory bowel disease research at Baylor College of Medicine. Basically, inflammation is the body's response "to anything that's bad," he says.

From Alzheimer's and heart disease to arthritis, cancer and gastrointestinal disorders, elevated or out-of-whack inflammation is a common thread that ties together these seemingly unrelated ailments.

One type of inflammation, Hou explains, is designed to battle harmful bacteria or parasites. "If there's an infection or an invading virus or bacteria, the body generates inflammation that destroys the invading agents," he says. Meanwhile, there's another type of inflammation that signals the body is recovering from injury. When the body is wounded, inflammation floods the injured area with cells and "cell-derived components" that repair, replace, or dispose of damaged tissue, says Valter Longo, a professor of biological sciences at the University of Southern California.

When a person's immune system is working as it should, these and other forms of inflammation are transitory; they flare up in response to a legitimate threat or injury, and they settle down when that threat or injury has been addressed. But there are countless ways in which the immune system's many inflammatory processes can go haywire.