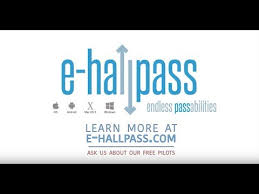 There is no doubt we are living in increasingly Orwellian times. Most of us are not surprised when it is revealed that yet another government agency is spying on us in yet another way. Being surveilled nearly everywhere we go (and even in our own homes) has become the norm. And if it isn't government agencies doing the spying, it is Big Tech companies. It seems like every day we are told about another privacy violation coming from Google, Facebook, and Amazon. Recently it was announced that Big Tech and government are forming an unholy dystopian alliance called HARPA that will use companies including Google, Amazon, and Apple to collect data on users who exhibit characteristics of mental illness that could lead to "violent behavior."

Side note: If you think that avoiding the use of social media platforms will keep you safe from Big Tech's prying eyes, I've got bad news for you.

Unfortunately, children are not exempt from surveillance and the growing police state.

Schools – once a place where children went to learn – have increasingly become Big Government indoctrination centers. One way in which this is becoming painfully evident is in the surveillance methods implemented by public schools.

This morning, I read a headline that sent chills down my spine:

SCHOOLS ARE USING AN APP TO TRACK STUDENTS WHILE THEY PEE

Remember hall passes? They were little slips of paper that teachers gave to students to show they had permission to leave class for a few minutes.

In hundreds of schools across the US, paper hall passes have been replaced with an app that parents and students are finding particularly invasive.

The app is called e-hallpass, and here is how it works:

At a school using e-Hallpass, a student submits a request to leave the classroom through the app. The system notes any "red flags," such as frequent requests by the same student. The teacher then chooses whether or not to approve the request.

If the student is granted permission, they can leave and the teacher logs in the app when they return. If the student takes too long, the app automatically pings an administrator to check on them. (source)

I visited the e-hallpass website to learn more about the system while I was gathering information for this article. I am not going to share a link to the site in this article for various reasons. If you'd like to check it out for yourself, the site isn't hard to find online. If you do give the site a visit, be sure to check out the videos on the e-hallpass system. If you are liberty-minded and care about privacy, you will likely find them as disturbing as I do.

With e-hallpass, it isn't just your child's teacher who will know their whereabouts at all times – it is the entire school staff.

In the videos on the e-hallpass website, there is a lot of talk about "holding kids accountable for the time they are spending outside of the classroom." Do we really need to micro-manage every second of the school day?

What if a student has a health issue that requires frequent bathroom visits? Those kinds of health issues can be embarrassing enough for child (heck, for anyone!) without being tracked and interrogated about why they were in the restroom for 10 minutes. And who dictates exactly how long a bathroom trip should take? What about students with conditions like IBS, and girls when it is "that time of the month"?

Students do not have to use their personal devices for the e-hallpass app, but they can use their own devices if they'd like to. This raises additional privacy concerns, for obvious reasons – apps are notorious for accessing data they shouldn't. Imagine a child using the app on their own device, and that device syncing up with the family computers, and something like this or this happening.