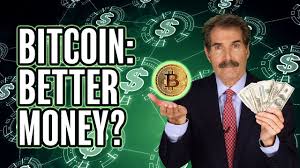 The Libra might be better than the dollar, tech reporter Naomi Brockwell and investor Peter Schiff tell John Stossel.

It's easy to send online. If a government currency has a lot of inflation, Libra holders will be largely protected from that.

But politicians oppose Libra. "Why, with all of your problems, should we trust you?" one Congressman asked Mark Zuckerberg in a hearing.

"They're threatened by it," Brockwell tells Stossel.