Microgravity Will Change How We Make Everything

Tucker: There are timeshare sellers more trustworthy than Kamala Harris

It Was Only a Matter of Time 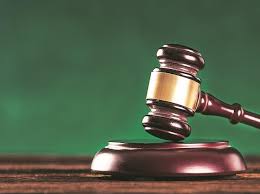 China is encouraging digitisation to streamline case-handling within its sprawling court system using cyberspace and technologies like blockchain and cloud computing, China's Supreme People's Court said in a policy paper.

The efforts include a "mobile court" offered on popular social media platform WeChat that has already handled more than three million legal cases or other judicial procedures since its launch in March, according to the Supreme People's Court.

The paper was released this week as judicial authorities gave journalists a glimpse inside a "cyber court" -- the country's first -- established in 2017 in the eastern city of Hangzhou to deal with legal disputes that have a digital aspect.

In a demonstration, authorities showed how the Hangzhou Internet Court operates, featuring an online interface with litigants appearing by video chat as an AI judge -- complete with on-screen avatar -- prompts them to present their cases.