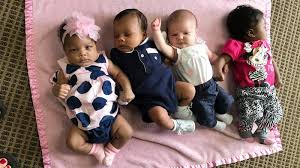 The most updated list for popular baby names reveals that the name Muhammad is now the tenth most used name for newborn baby boys in the U.S., according to BabyCenter data. This is the first time in American history that the name has been included in the top ten most popular baby boy names.

Muhammad has been climbing in the U.S. for years now, as the Muslim population continues booming to historic levels largely due to the nation's legal immigration system, which admits about 1.2 million legal immigrants every year.