Every Bubble Eventually Finds Its Pin 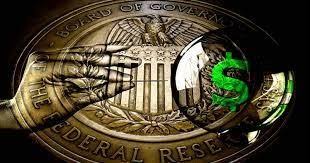 NFL football.  EBT card acceptance at Del Taco.  Adam Schiff's impeachment extravaganza.  You name it.  Bread and circuses like these – and many others – offer the American populace countless opportunities for chasing the wild goose.

All the while, and with little fanfare, debts pile up like deadwood in Sequoia National Forest.  These debts, both public and private, stand little chance of ever being honestly repaid.  According to the IMF, global debt –  both public and private – has reached an all-time high of $188 trillion.  That comes to about 230 percent of world output.

Certainly, some of the private debt will be defaulted on during the next credit crisis and depression.  But when it comes to the public debt, governments do everything they can to prevent an outright default.  Central banks crank up the printing press and attempt to inflate it away.

After Nixon temporarily suspended the Bretton Woods Agreement in 1971, the money supply could be expanded without technical limitations.  This includes issuing new debt to pay for government spending above and beyond tax receipts.  Hence, since 1971, government directed money supply inflation has been the standard operating procedure in the U.S. and much of the world.