> Leading geneticist says reversing the aging process in humans could be 20 years away - pirateswithoutborders.com

BREAKING: Joe Biden PICKS Kamala Harris As VP! - The TRUTH You're NOT Being Told! 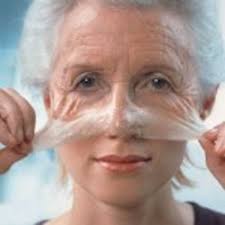 The geneticist whose work helped map the human genome, the first step in the quest to manipulate what is essentially the software of human life, says reversing the aging process in humans may be less than 20 years away. George Church takes Scott Pelley into his Harvard Medical School lab to see his latest work for a 60 Minutes report to be broadcast Sunday, December 8, at 7:30 p.m. ET and 7 p.m. PT on CBS.

Thanks to Church and others whose work decoded DNA, called the building blocks of life, the day when humans will no longer be prone to viruses or genetic diseases is coming. But one of the next breakthroughs could be reversing the basic process of age itself. "Age reversal is something that's been proven about eight different ways on animals," says Church. He tells Pelley that in mice, tissue damage has been repaired, reaction times sped up and cognition improved.

Knowing the specific functions of genes in a creature's DNA allows scientists to edit or add genes to the sequence and change outcomes. A paper just published by Church and several other scientists shows how added multiple genes in mice improved heart and kidney function and levels of blood sugar. "The gene function is going down [with age] and so we're boosting it back up by putting in extra copies of the gene," he explains, saying that this is gene therapy.

The next step toward replicating this science in humans is to achieve the same results in a clinical trial using dogs that he is conducting now. The process could be perfected in humans in less than 20 years says Church. "That veterinary product might be a couple years away. And then that takes another 10 years to get through the human clinical trials."