> The start-up behind a magic mushroom nose spray for psychedelic microdosing - pirateswithoutborders.com 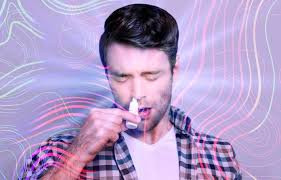 Alongside the rapidly progressing psychedelic science movement, with researchers rigorously exploring the medical and therapeutic uses of previously taboo psychoactive compounds, is a growing grassroots movement to decriminalize some of these substances. Across 2019 a number of different local jurisdictions in the United States began the first stages of decriminalizing psychedelic substances.

The movement ostensibly started with the passing of a ballot initiative in the City and County of Denver back in March. The publicly voted initiative essentially decriminalized the personal use and possession of magic mushrooms. Following that landmark moment, a number of other cities in the country have pushed forward similar measures.

The long game here is looking toward the 2020 US elections and getting a variety of measures on state ballots. There is debate among activists, however, over how broad a push there should be for recreational legalization. A proposed 2020 ballot measure filed in California is proposing full retail legalization of psilocybin magic mushrooms, while the current measure proposed in Oregon is not looking at commercial sales but instead focusing on legalizing therapeutic uses in licensed facilities.