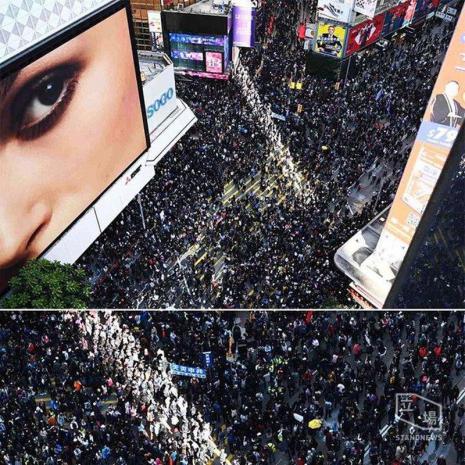 The semi-peaceful protest, a drastic change from violent ones in the last several weeks that have been raging for at least six months, plunged the city into a dangerous recession in Nov., attracted at least 800,000 participants on Sunday, according to protest organizer Civil Human Rights Front. Though Hong Kong police said, approximately 200,000 showed up.

Reuters quoted protest chants as some said, "Fight for freedom! Stand with Hong Kong!," while they marched across Victoria Park in the city's shopping district and financial area.

A protestor, by the name of Lawrence,23, told Reuters that, "It's Christmas time soon, but we're not in the mood to celebrate anymore."

The Wall Street Journal spoke with Johnny Tung, 41, who joined the march with his two sons. He said, "as a Hong Konger, it's my duty to be here today. Our people have tried protesting peacefully, we've done it more violently, but again and again, we've been ignored. I just want the government to please just respond to the people so society can return to peace."