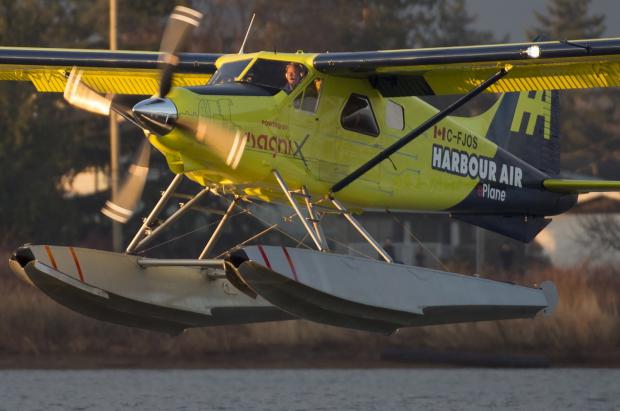 Nonetheless, when a Beaver lifted off from Vancouver Harbour Tuesday morning, it signaled what many aerospace industry insiders say is commercial aviation's future. For the first time, an aircraft that carries paying passengers took off with an electric motor.

Startup magniX's Magni500 electric motor powered the Vancouver-based Harbour Air's Beaver into the air. The small airline's chief executive, Greg McDougall, piloted the aircraft during the brief flight over the water, followed by a gentle landing in the harbor. He taxied the plane back to a dock, where a small crowd watching the event cheered.

Plenty of electric-powered aircraft have flown, but Harbour Air is the first airline that is betting its business on electric motors. The airline expects regulators to certify its retrofitted aircraft in about two years, with commercial flights beginning in 2022.

For years, the aerospace industry has been talking about whether electric-powered commercial air travel is viable. Tuesday's flight declared "this is real," magniX CEO Roei Ganzarski tells Fortune. "This is an airline flying their own aircraft."

MagniX is in talks with other airlines, although Ganzarski declined to say how many, citing confidentiality agreements. "There are definitely a lot of conversations going on," he says.