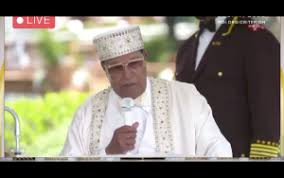 Now, Dr. Anthony Fauci is being called a mass murderer who, with the cabal of Bill and Melinda Gates, are seeking to "depopulate the Earth." That is hardly the most deranged thing that Nation of Islam leader Louis Farrakhan, 87, has uttered, but it may be the most dangerous. Farrakhan is encouraging people to refuse vaccinations, a problem that is already causing world health leaders concerns in Africa.  This is viewed as the new "epicenter" for the pandemic with Africans facing a threat with the need to protect hundreds of millions of Africans.  Health officials will need their cooperation but they have now heard from Farrakhan who has declared that, if they want to live, "Do not take their medication."