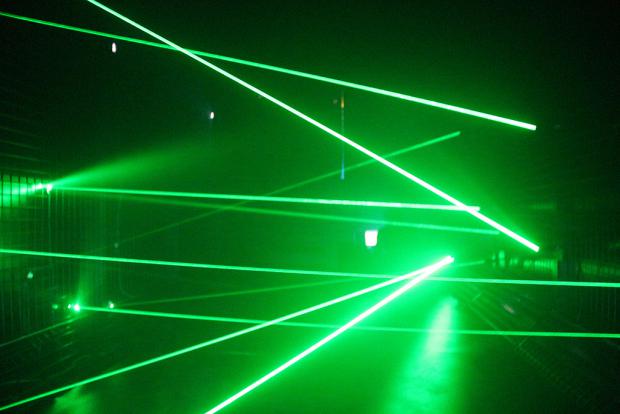 They plan to repeat the experiment with an energy of 3 petawatts (3000 trillion Watts – 13 joules over 5 femtoseconds).

Many research groups are amplifying the energy of the laser to increase its power, but this approach is expensive and requires beams and optics that are very large, more than a meter in size.

A team from Canada, Russia and France have chosen another direction to achieve an intensity of around 100 billion trillion Watts per square centimeter. Lasers that intense will be able to break the vacuum and generate particles. Rather than increasing the energy of the laser, they decrease the pulse duration to only a few femtoseconds. This would keep the system within a reasonable size and keep operating costs down.

By extending the concept of thin-film compression to a thin plate, nonlinear post-compression from 24 fs to 13 fs of sub-petawatt laser pulses is demonstrated experimentally using a 1 mm-thick silica plate and chirped mirrors with a total anomalous dispersion of −50 fs2. The measurements were implemented with a specially designed dispersionless vacuum frequency-resolved optical gating, which is based on second harmonic generation of tested pulses in a 10 μm β-barium borate crystal glued on a 1 mm fused silica substrate. The used compression scheme is implemented in a geometry compatible with high power on-target experiment realization.