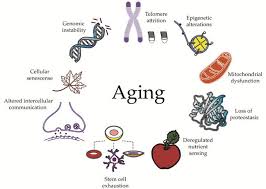 It's a loaded question, strife with philosophical, religious, and societal considerations. Humans have pondered the possibilities of extended, or even immortal, life for as long as we've inhabited this planet. But at the end of the day it's all just a daydream, right?

Not necessarily, according to new research out of the University of California, San Diego. The study, led by UCSD molecular biologists and bioengineers, produced a groundbreaking discovery regarding the intricacies of cellular aging. In light of their findings, researchers say the notion of "dramatically" extending human life isn't so farfetched after all.

Each human's lifespan and personal rate of aging is determined by the aging of their individual cells. Originally, the study's authors just wanted to investigate if different types of cells age at different speeds based on different stimuli/causes. To that end, they studied aging in the budding yeast Saccharomyces cerevisiae.