Inside the mind of a master procrastinator | Tim Urban

NO, I'M NOT SAYING THIS IS LIKE NAZI GERMANY--JUST LISTEN 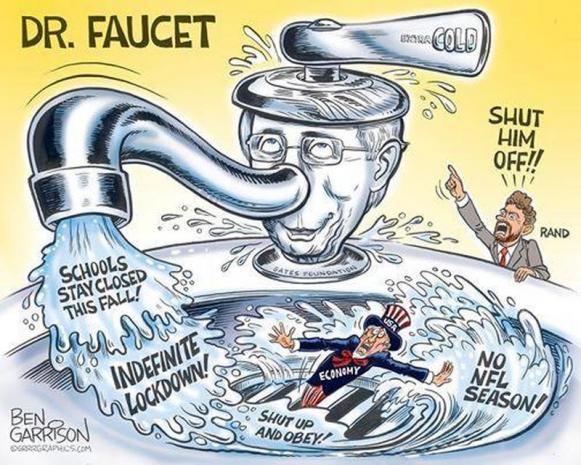 According to Fauci's narrative, the United States is experiencing a resurgence in regional COVID outbreaks because it failed to sufficiently lock down back in March, and failed to comply with the existing lockdown orders. Fauci specifically contrasted this situation to several European states that imposed lockdowns around the same time, claiming the latter as a successful model for COVID containment.

There are several immediate problems with Fauci's arguments, including the fact that COVID cases are showing clear signs of a summer resurgence in the same European countries that allegedly tamed the virus through harsh lockdowns in the spring. The American news media however has seized on Fauci's narrative, and used it to call for renewed lockdowns. The New York Times and the Washington Post both editorialized in favor of a second stricter wave of nationwide lockdowns lasting until October – this despite there being no clear evidence that lockdowns actually work at taming the virus.