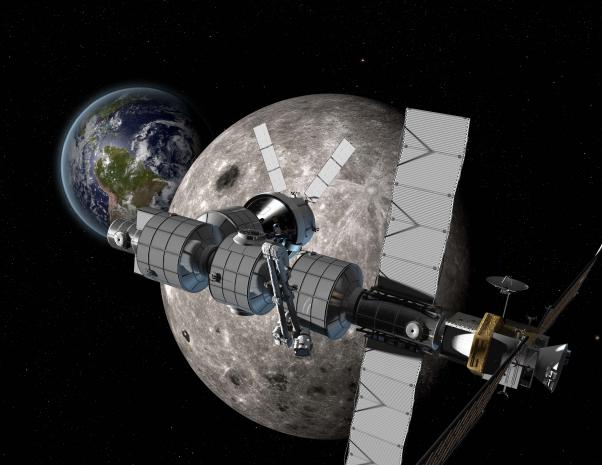 A high-tech pioneer for the Gateway — the moon-orbiting outpost that's part of NASA's Artemis program of crewed lunar exploration — is being readied for departure early next year.

NASA's Cislunar Autonomous Positioning System Technology Operations and Navigation Experiment — mercifully called CAPSTONE in space agency shorthand — is destined to be the first spacecraft to function in a near rectilinear halo orbit (NRHO) around the moon.

NRHO is the special orbit in which the Gateway mini-space station is to be assembled and operated.

CAPSTONE is a microwave-oven-sized cubesat that weighs just 55 lbs (25 kilograms). But it has a pretty big job to do.

During its six-month long primary mission, CAPSTONE will demonstrate for the first time how to enter into and function in NRHO, as well as test a new navigation capability.

Though modelers on the ground have studied that orbit, no spacecraft has actually maneuvered into it to date. CAPSTONE can gauge what it takes to get into NRHO, maintain that orbit and even transit out of that locale.