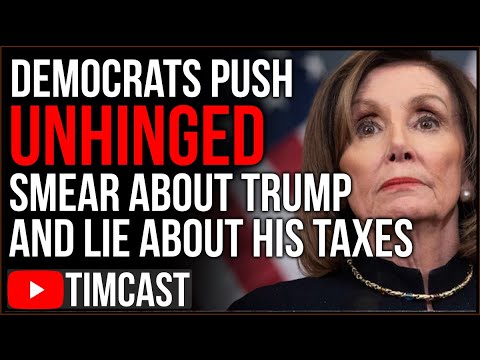 Democrats Are LYING About Trump's Taxes, Push INSANE Theory That He's A National Security Threat. Media falsely claimed that Trump only paid 750$ in 2016 and 2017

The reality is that Trump, through deductions and losses, was only liable for $750.

Following the news Democrats and leftists pounced. Nancy Pelosi claims there is a national security issue over Trump's debt and media claimed the same.

NYT however noted that Trump easily can afford to sell assets to cover any debts he has yet still the lies persist.

Joe Biden is already pushing out the lie that Trump only paid $750 and of course anti trump people are rolling with it ignoring the bulk of the story.