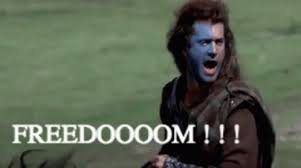 Josh Sigurdson reports on the countless anti-lockdown protests around the world getting very little news coverage despite bringing hundreds of thousands of people to the streets.

As millions face homelessness in the United States alone, with millions of businesses going under while giant monopolies are propped up by the state, people are angry and it's about time the majority of reporters out there understand why. It's time free humanity is taken seriously after 9 months of tragedy.