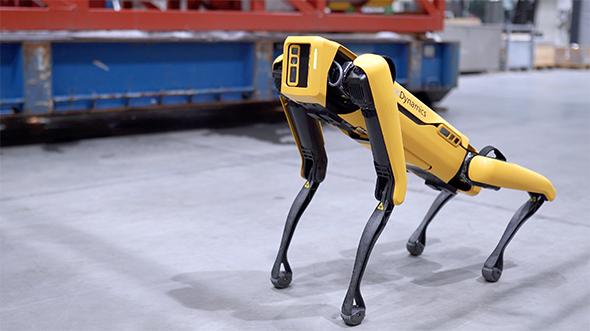 Ford employed the four-legged robot over human surveyors to save money and time. The Michigan-based automobile manufacture isn't the only company embracing robot dogs to complete mundane tasks generally performed by humans. Reuters notes BP Plc has programed Spot to "read gauges, look for corrosion, map out the facility, and even sniff out methane on its Mad Dog rig."

Adam Ballard, BP's facilities technology manager, said the robot dog would make working on an offshore oil rig safer by reducing the number of people. He said the tasks Spot would be assigned will free up personnel to focus on other mission-critical assignments.

"Several hours a day, several operators will walk the facility; read gauges; listen for noise that doesn't sound right; look out at the horizon for anomalies, boats that may not be caught on radar; look for sheens.

"What we're doing with Spot is really trying to replicate that observation piece," Ballard said, adding that an operator could then review the information from a central location.

"We believe a lot of that up-front, remote work preparation can be done with a remotely-controlled robot... being able to pan, tilt, zoom and really understand the entire area in real conditions, real-time," he said.

BP hopes Spot's ability to gather data on oil rigs will cut down human personnel throughout rigs located in the Gulf of Mexico.

We're sure other companies will follow Ford or BP in the rush to automate their workforce under the cover of the virus pandemic.