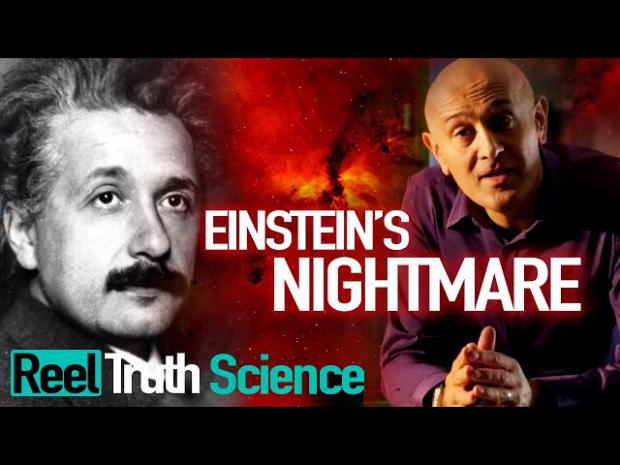 Professor Jim Al-Khalili traces the story of arguably the most important, accurate and yet perplexing scientific theory ever - quantum physics.

The story starts at the beginning of the 20th century with scientists trying to better understand how light bulbs work. This simple question led them deep into the hidden workings of matter, into the sub-atomic building blocks of the world around us. Here they discovered phenomena unlike any encountered before - a realm where things can be in many places at once, where chance and probability call the shots and where reality appears to only truly exist when we observe it.

Albert Einstein hated the idea that nature, at its most fundamental level, is governed by chance. Jim reveals how, in the 1930s, Einstein thought he had found a fatal flaw in quantum physics, because it implies that sub-atomic particles can communicate faster than light in defiance of the theory of relativity.

For 30 years, his ideas were ignored. Then, in the 1960s, a brilliant scientist from Northern Ireland called John Bell showed there was a way to test if Einstein was right and quantum mechanics was actually mistaken. In a laboratory in Oxford, Jim repeats this critical experiment. Does reality really exist or do we conjure it into existence by the act of observation?