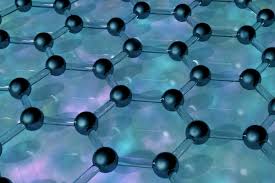 Scientists have fashioned the nanomaterial into microscopic balloons they say can distinguish between different kinds of these hard-to-detect noble gases, by measuring how long they take to escape through tiny perforations in the surface of the balloons.

Graphene has a lot of attractive properties for material scientists working to develop everything form next-gen computer chips, to advanced solar cells and more sensitive microphones. But the research team behind this new breakthrough, from Delft University of Technology and the University of Duisburg-Essen, looked to leverage two properties in particular.

At just one-atom thick, graphene is incredibly thin, but despite that is able to withstand large amounts of stress, which in the team's view makes it well suited to the job of filtering and detecting gases. While it is not permeable itself, the team addressed this by making perforations as small as 25 nanometers in bilayer graphene, which was used to create tiny balloons from which pressurized gases can escape.