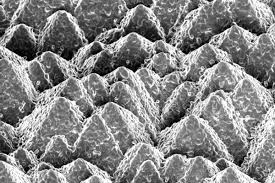 Ever since perovskite burst onto the solar cell scene around a decade ago, it's broken efficiency records at a blistering pace – especially when it's paired with silicon. Just five years ago, tandem solar cells had a maximum efficiency of 13.7 percent, two years ago it was up to 25.2 percent, and earlier this year the tech hit 27.7 percent.

Now, a team led by scientists at Helmholtz-Zentrum Berlin (HZB) have managed to squeeze an impressive 29.15 percent efficiency out of their tandem silicon-perovskite solar cell. That's approaching the milestone 30 percent mark, and not too far off the theoretical limit of 35 percent.