> THE CHINESE AND RUSSIANS ARE PREPARING TO CARRY OUT AN ALL-OUT INVASION -- - pirateswithoutborders.com 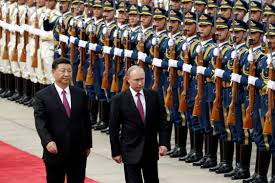 Steve Quayle once told me that he was seeing unprecedented military movement in Montana. Today, scarcely a day goes by that I do not get a reported sighting of either Chinese or Russian troops on US soil. These sightings are common on National Forest Grounds.  In fact, what we are we seeing is the mobilization for war. Russia and China are preparing to invade the United States and they have been for sometime.

BY THE WAY, EVERY EXPERT I SPEAK WITH SAYS THAT HACKING INTO OUR NUCLEAR FACILITIES IS AN OVERT ACT AND A PRELUDE TO WAR!!!!

In 2016, I first wrote that I believed that we would be attacked when our nation was embroiled in a violent internal dispute when the attack comes. The violent struggle has arrived and it is called BLM, Antifa and anything George Soros touches. At that time, I identified 7 phases, or prongs of attack that were coming based upon US war gaming that I was told about. Plans change an in today's world, the attack parameters have been expanded to nine phases of subjugation culminating in genocide.

As the domestic struggle worsens, at some point, the United Nations will invoke the Kigali Principles and be in charge of the invading force. In other words, it is likely that Chinese and Russian forces will be wearing blue helmets at the time of the invasion of America. And as I written about over the past several years, previous Russian defectors have warned of this possibility.