> New Electric Car Batteries Can Fully-Charge in 5 Minutes, Like Filling Your Car With Gas. - pirateswithoutborders.com

New Electric Car Batteries Can Fully-Charge in 5 Minutes, Like Filling Your Car With Gas. 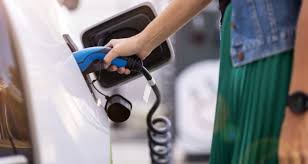 The innovative company, StoreDot, which has delivered rapid-charge versions of lithium-ion batteries for phones and scooters, has now gorged itself on millions in investment dollars and cranked 1,000 car batteries out of a Chinese assembly line.

The breakthrough replaces the graphite anode which causes problems when trying to force energy into the battery. The lithium ions become congested through this method, before phase-shifting into metal and then shorting the battery.

StoreDot replaces the graphite with silicon, which not only circumnavigates this problem but reduces costs since silicon is far cheaper. The current crop of 1,000 batteries uses germanium, which is also waterproof, and the silicon ones are expected later in the year.

Tesla and its founder Elon Musk liked the sound of this idea, and so set up a research and development center in Israel to take advantage of the innovations coming out of StoreDot, which was named by Bloomberg as the New Energy Finance Pioneers winner for 2020.