> Hyundai develops an autonomous vehicle that sprouts legs to WALK across... - pirateswithoutborders.com 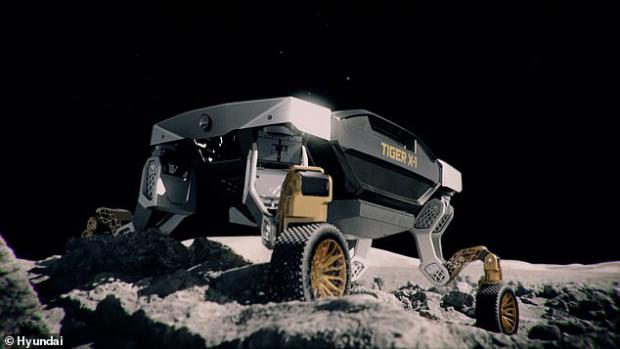 But instead of being a family-friendly hatchback or a school-run SUV, the brand has revealed an autonomous vehicle that sprout legs and walk.

Called TIGER - short for Transforming Intelligent Ground Excursion Robot - it is an unmanned electric robotic vehicle designed to transport cargo and medication to the world's most inhospitable locations.

This is the second walking car Hyundai has developed, following the unveiling of the legged Elevate vehicle at the Consumer Electronics Show in Las Vegas in January 2019.

Unlike the Elevate, the TIGER is self-driving and has been dubbed the first uncrewed ultimate mobility vehicle, or UMV.

The concept features a driven and sophisticated leg system with 360-degree directional control and a range of sensors for remote observation.

The high-tech machine will also be able to connect to an unmanned aerial vehicles (UAVs), which can fully charge and fly the walking car closer to the inaccessible location being targeted.

TIGER can also charge the batteries of the UAV carrying it, if the flying vehicle's batteries are running low.

The vehicle is the brainchild of Hyundai's New Horizons Studio, made up of young engineers, headquartered in Mountain View, California.

Dr John Suh, Head of New Horizons Studio, said: 'Vehicles like TIGER, and the technologies underpinning it, give us an opportunity to push our imaginations.

'We are constantly looking at ways to rethink vehicle design and development and re-define the future of transportation and mobility.'