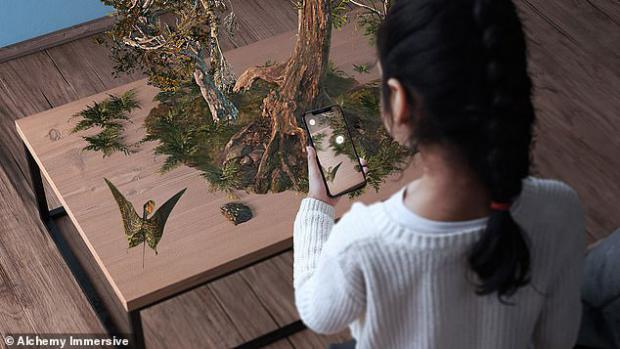 Suitable for all ages, the app uses your camera to create the illusion of being on a prehistoric safari — watching a sabre-toothed tiger, or Smilodon, stalking its prey.

Users can also bring to life a fossil Diamorphodon, a flying reptile that lived alongside dinosaurs some 195–190 million years ago during the Late Jurassic.

And delving further back in time to the oceans of 500 million years ago, the app introduces Opabinia, a weird, segmented soft-bodied predator with five eyes.

These scientifically accurate, animated dioramas are accompanied by information-rich image and video packs that tell the story of our planet over millions of years.